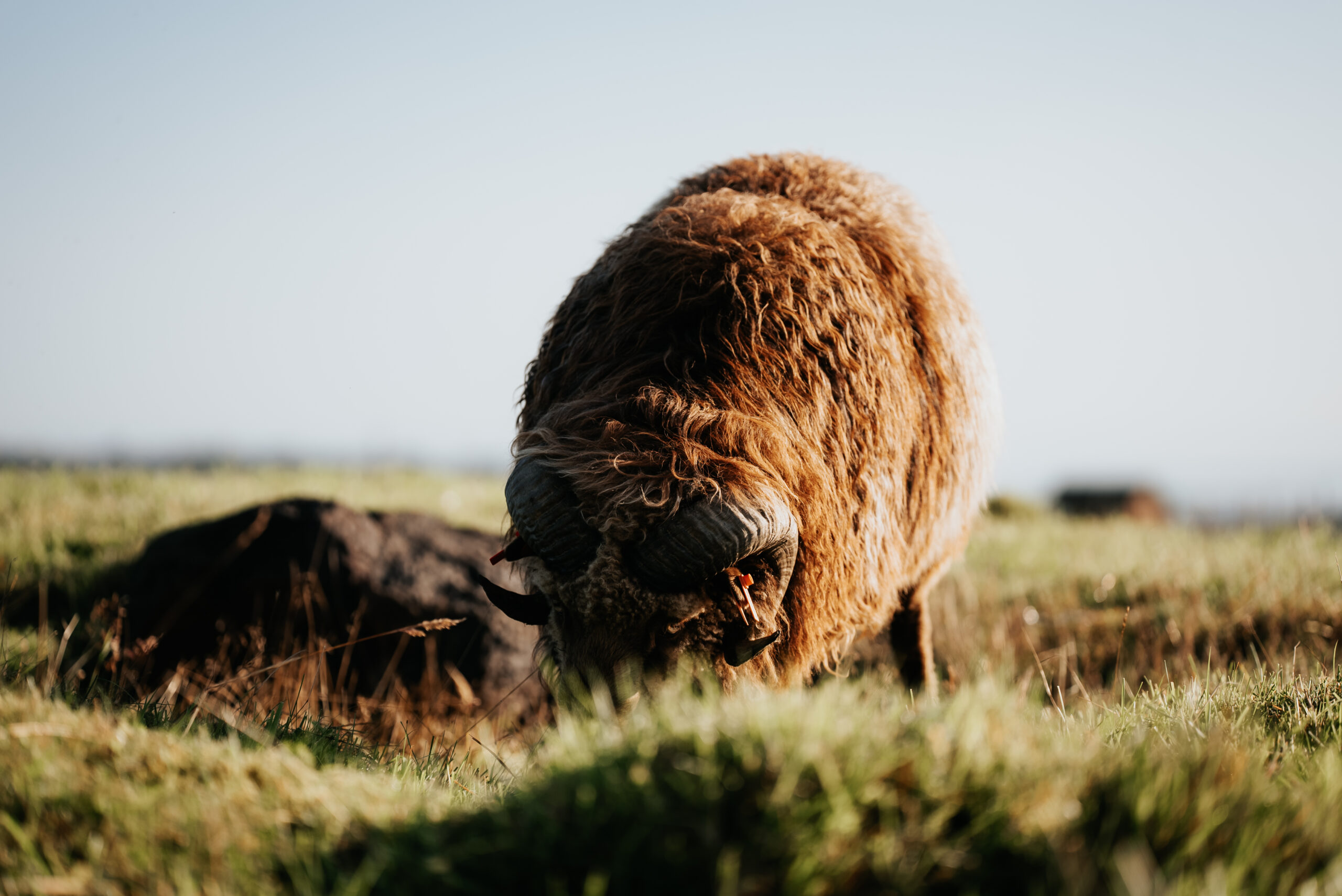 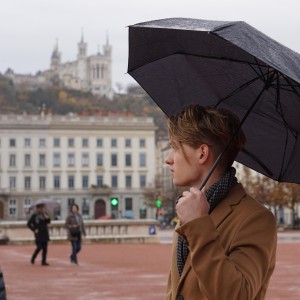 It’s the morning after a heavy loss endured by Faroe Islands VS Spain. A loss that by no means was surprising. The first-ever full-time head coach of the Faroe Island’s women’s national team told me the day before that game, that for them it’s not about the score or result, but about the performance.

…But that’s about as far as we will dive into, as far as the Faroe Islands national team is involved in this article. To read that story you will need to get yourself a copy of the Faroe Islands edition of Football is Everywhere which you can now pre-order. This? This story of what happened the morning following the match.

To give some context, the Faroe Islands is known for fog. Their language (which isn’t on Google Translate) has as many words for fog as some languages have swear words. It’s not uncommon that you might wake up to a blue skies day only for the entire area you are in to be covered in the fog one hour later. It’s also not uncommon for flights to be canceled due to fog. Speaking of…

It’s a day after the game which also happens to be the day I’m leaving on. As my taxi driver drives off, I notice that it’s quite foggy and instantly get reminded of a trip to the Faroe Islands during summer, during which one of the interview subjects mentioned that a game (UEFA Conference League) might be postponed because the refs didn’t arrive due to weather.

I text Pato, our co-founder, telling her that “it’s foggy today” which she responds to with excitement. As you may or may not know yet, we love this kind of weather for photos and videos. In this case, I simply respond with “Hopefully not too foggy to take off.”

Upon my arrival at the airport, the only odd thing I see is that the security passage is closed with a lot of people lined up. Not a red flag. It’s a small airport. And well, soon it opens up. Business as usual. But then as I’m inspecting the departures monitor, I notice that the last few flights that were meant to take off before mine got either canceled or delayed. Mine is the only one still on. And that’s where a thought of posting about the fact that it seems too good to be true that only my flight would be on, especially knowing my flight luck. I decide not to post that not to jinx it.

I go through security, buy a chocolate croissant which by the way was one of the best chocolate croissants I’ve eaten at any airport and I go find a seat with a socket so I can do some video editing from the match… I’m sitting right in front of the window. I can’t see the runway which is just in front of me since this is a tiny airport. Just fog. There’s also no plane. There’s no plane at all. At this point, I’m thinking to myself that if this flight is going to happen, it will at least be very delayed, which may result in me missing my second flight

And then I hear an announcement that I don’t quite fully understand as it was stated unclearly, but I gather there is going to be a delay on the flight. Just a minute later I hear someone that heard the announcement better, say that the flight that is meant to land from Copenhagen (and fly back there with me) isn’t able to land and has been flying in circles for some time.

By this point, I realize that the people that said that were the Irish refs from the Faroe Islands V Spain game which I happened to take photos of simply for the fact they were from my homeland. Not that many minutes later I hear that the flight from Copenhagen to the Faroe Islands had diverted and that more information is to follow.

My Jumper? It’s from Park SSC and it states that “Football can change lives.” That’s how one of the side refs started speaking to me. I soon learn that the other side ref is called Michelle which we both find funny because my name is Michael. Two Irish people that were stuck in the Faroe Islands after being at a football game, with a pretty similar name.

…Most of the time when a flight gets canceled you get placed in a hotel and a means of travel to it if that’s required. Not in the Faroe Islands though. At least not with the airline I was flying with.

And that’s where the hero of this story comes in.

From the US to the Faroe Islands

Tyler Frings is an American volleyball player, coach, and a dedicated football groundhopper and fan. At the time I met him, he has been in the Faroe Islands for less than a month, staying for at least 9 months, with the task of developing volleyball in the Faroe Islands. Most importantly for me though, on that day that my flight got canceled and I had nowhere to stay, he welcomed me in his home for the night, which also gave birth to this short story.

Tyler told us for this article, that upon being presented with the opportunity to come to the Faroe Islands and already being a big football fan, he immediately started researching the league and the very first thing that stuck out to him was how deep football went within such a small nation. And I noticed that passion within him right away. Pfft, he was even watching the U-21 Final on the day that he left early due to me arriving.

And speaking of arriving, that U-21 game he left, that game was on the TV when I arrived. Tyler later explained that in the Faroes, there’s one TV channel that always has football on. And that perhaps sums up the love for football in the Faroe Islands.

“Whether it’s supporting teams unwaveringly, whether it’s being part of the community as referees, groundskeepers, working concessions, or taking care of tickets. Everybody seems to have a calling or an attachment to a club here and I think that’s pretty neat. In what style or what fashion that may be is always different per person, but it’s very interesting that everyone has an attachment to a club here in some form.”

“It’s very rare to find someone in the Faroes that doesn’t like football on both the local national level as well as having typically an English Premier League team. Whether it’s Liverpool, Manchester United, or Arsenal seem to be the big three here in terms of EPL.”

And people are very proud of the teams they support. “Everyone makes sure to tell you what team they follow whether it be Streymur, B36, or AB. So everybody is certainly devoted in their following of their clubs and I love that that they have their big club and they have their local club.”

The Faroe Islands as you will learn as you read our Football is Everywhere Faroe Islands magazine, isn’t just a place that breathes football. It’s also a place that is a big supporter of all things football, with that meaning that football is open for everyone. And that’s something that fits the Football is Everywhere motto perfectly, and a reason we decided to make an issue of this small nation. Just as we noticed it, Tyler mentioned that it’s incredible how even halls in the city center, which would typically be very expensive to use, in his city of Tórshavn, are accessible to all, giving people the opportunity to train and to play for fun without that being explicit to only a certain group.

“There are always children playing on the grounds whenever there isn’t a formal practice or a match.”

“And I think that’s such a beautiful sight is to see children outside enjoying a sport that gives them so much and so many life lessons. The best way that I can share that imagery is by mentioning a match the other week. As soon as halftime hit children were just on the pitch running around it looked like an invading army as the teams retreated to their dugouts and to their locker rooms. It’s really cool to see when kids are allowed to play on the pitch at half times of professional matches, men’s or women’s. It’s very cool.”

Tyler went on to mention how it’s incredible that these children can go onto the pitch to try to duplicate the moves of their role models, during that specific match. “I think that’s exactly how we all get interested in sport and how we all try to eventually take it to the next level as we see how someone else before us did it.”

As to me, I had a great night in the home of Tyler and his companion. Even though my flight was early in the morning the next day, we stayed up to almost 1 AM in the morning, while having a few beers. And then the next morning, I got a taxi to the airport, and this time, was able to take off.